So maybe most of your are thinking that after my rant about the evil that is my cookie press, I would have had enough of it (for one season at least) with the Lebkutchen. Oh no, I had to go and make another. Well, to be fair, I set out to make these with the idea hat I could pipe them with a nice start tip, not anticipating just how THICK this dough would be. So yea, my original plan went out the window. Contemplating my options, I realized I could simply form into a log and slice but this didn’t seem nearly festive enough, based on what my hopes and dreams for this cookie had been. No, I would have to suck it up and deal with the cookie press again… I won’t go into my angst again, you can read about it in a previous post if you would like…

These turned out to be a lovely and delicious addition to my cookie trays. A basic, buttery spritz, flavored lightly with vanilla and almond and baked until a bit crisp but still quite light in color. These tasted great on their own but I had melted chocolate left from drizzling truffles so I decided to dip half of each in bittersweet chocolate and then drizzle each with white chocolate. How, or it, you adorn these is up to you but this really took them to the next level. Something that may have otherwise have been somewhat overlooked among the other choices, suddenly became very appealing with it’s layers of texture and chocolatey-goodness.

(Adapted from Anne Burrell: Cook Like a Rock Star “Tarallucci”) 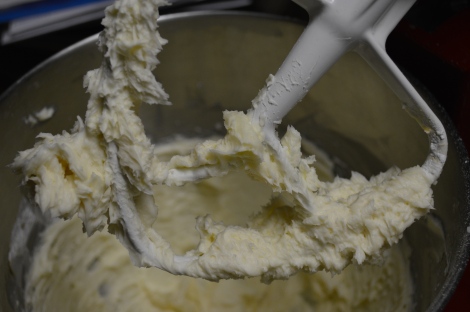 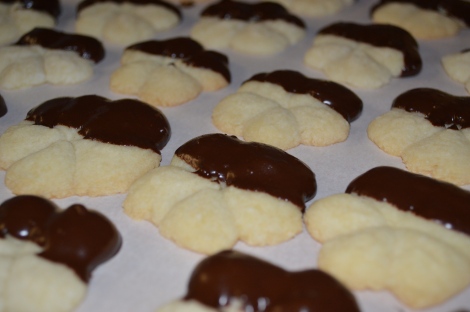