So I made an Easter bread for my monthly Daring Baker’s challenge but I’m not allowed to post it yet. But I did make this bread pudding with some of the bread and I couldn’t resist putting this recipe and the pictures up! This is so dangerous for me to have in the fridge right now, I can’t stop eating it every-time I walk through the kitchen. 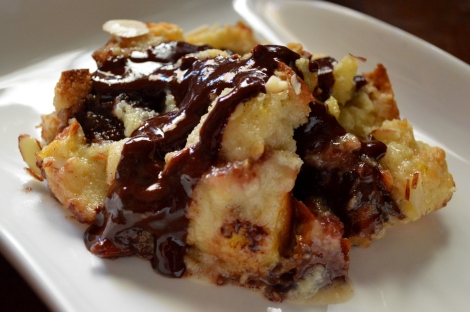 The bread I used is a Bulgarian Easter bread which is similar in body to a challah bread. It is an eggy bread that has lemon zest and rum-soaked raisin in it and slivered almonds studded over the top so you’d better believe it makes an excellent bread pudding! Imagine that bread, cut into cubes, soaked in a vanilla-egg-milk mixture, sprinkled with slivered almonds and baked until just set. Soft and gooey and glorious. But wait! It gets better! There is a layer of chocolate and raspberry-orange preserves in the center! And just when you thought you couldn’t take anymore… warm raspberry-orange chocolate ganache drizzled down over the top! Yea, this is comfort food at it’s finest.

You can use any bread you like. My dad actually inspired me to put this together because he served an AMAZING bread pudding as Easter dessert but he used a homemade sourdough bread. The base recipe for this came from Ree Drummond, a.k.a. the “Pioneer Woman”, and she calls for sourdough in her original recipe. I browsed through some other recipes but mostly I still liked hers best! I upped the egg-factor a bit for more richness, used vanilla bean paste because I love that speckled look, and added the layer of chocolate and preserves in the middle. You layer half of your bead cubes in a buttered casserole dish, sprinkle some chocolate (chips or chopped) over it and dollop some preserves, layer the remaining bread, and pour a milk-egg mixture down over all of it. I thought about making a straight-chocolate ganache to put over the pudding after baking but decided it would be fun to add some of the same preserves used in the pudding to the sauce to really tie it together. And a shot of spiced rum. You know, because there is rum in the raisins in the bread. Actually, I just like the warmth you get from the rum. It really takes the coziness of this dessert to the next level but you can omit it if you prefer. Ree Drummond makes a whiskey sauce in her original recipe, my dad make a Kohlua sauce for his, so the options are only limited by your imagination! Even without a sauce, this bread pudding is a winner. 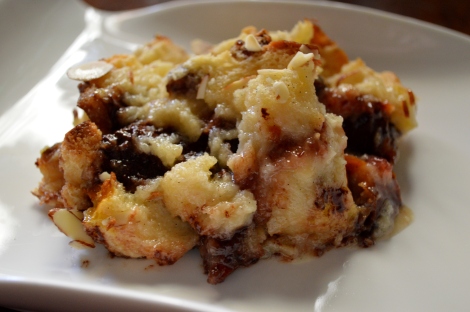 And like I said before, it’s even good spoonful-by-spoonful cold from the fridge… 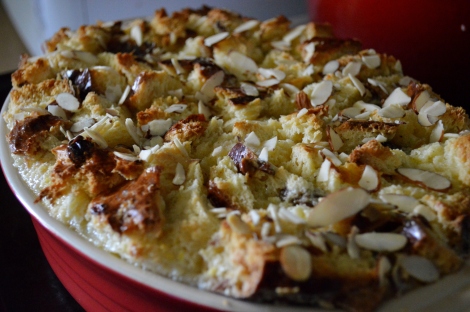 (Adapted from “The Best Bread Pudding” by The Pioneer Woman)

Ingredients for the Bread Pudding:

Ingredients for the Raspberry Chocolate Ganache:

Directions for the Bread Pudding: 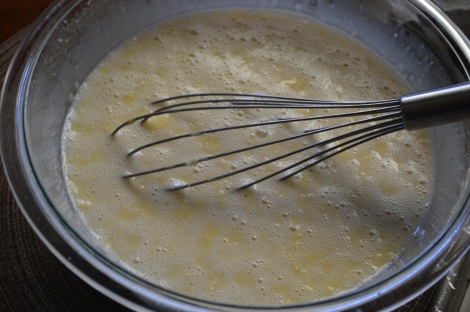 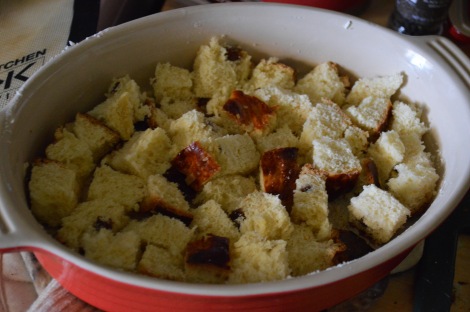 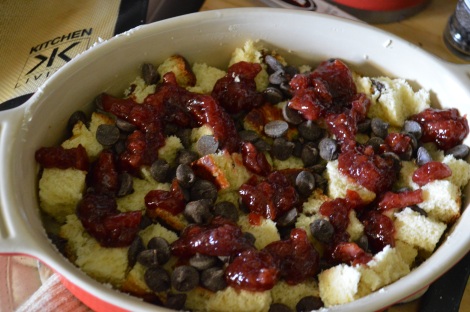 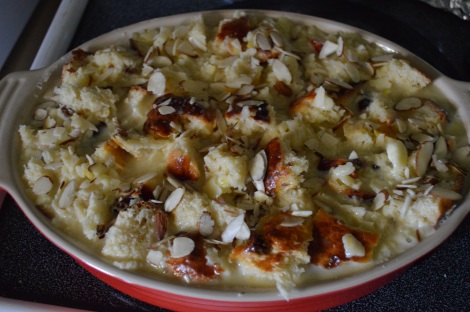 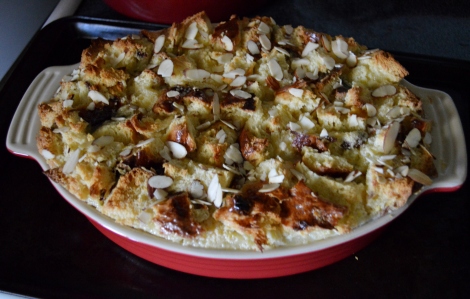 Directions for the Sauce: 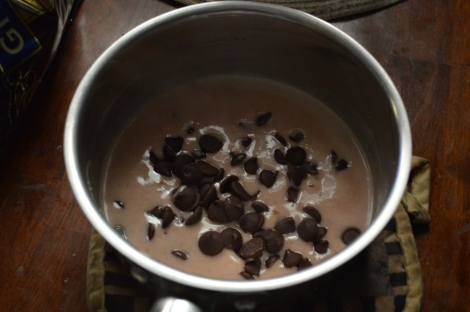 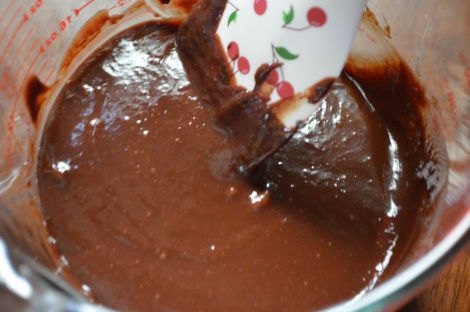